Last year, the Scottish craft brewery emitted 68.000 tons of CO₂. Now they are carbon negative. How did they achieve that? 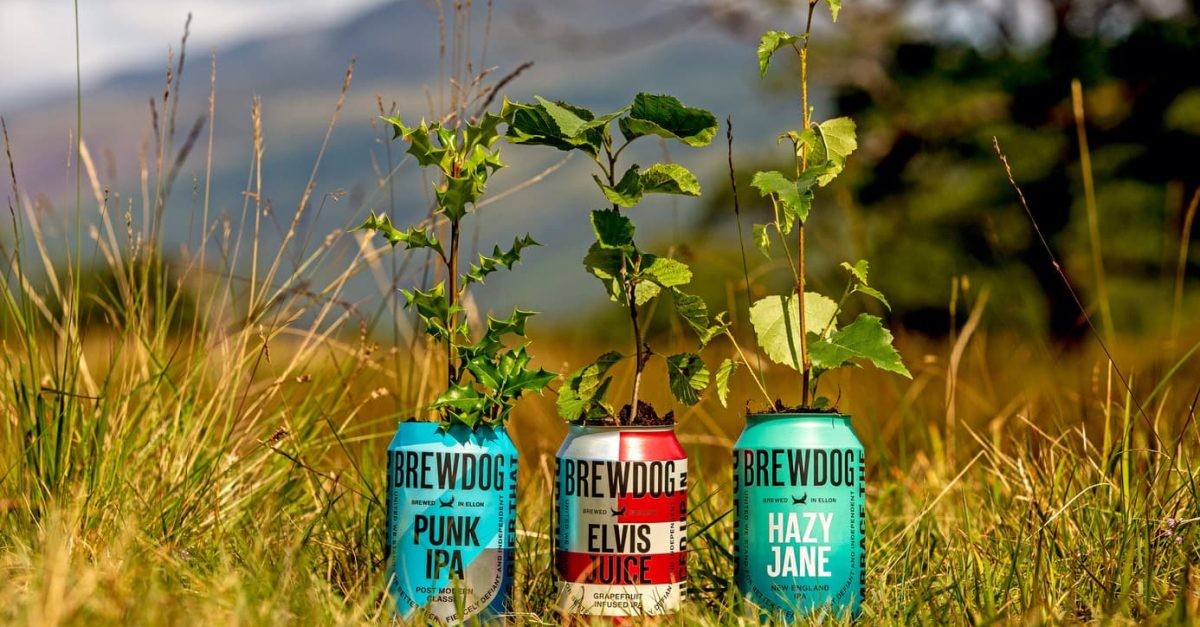 BrewDog’s Punk IPA is a household name in the craft beer industry, and with an estimated 2019 revenue of 300 million US$, the company is on its way to become a top player in the beer business.

BrewDog has always put value on social and environmental impact, and has had one or the other viral PR stunt (take their last fight with Aldi UK as an example) – but becoming a carbon negative business at that scale is an impressive feat.

In 2019, the company emitted 67,951 tons of CO2 – that’s the carbon budget for 34.000 people on earth – so becoming carbon negative and reaching the company’s eventual goal to sequester twice the amount of carbon that they emit isn’t a small feat.

So let’s walk through the 5 steps that BrewDog took in order to reach that goal.

What does carbon negativity mean?

In case you’re not familiar with the concept – carbon negativity means simply that the company now takes more carbon out of the atmosphere than it generates.

How can you know if you’re carbon negative? You have to first understand how much carbon you emit, and what your company’s carbon footprint is.

The challenge for BrewDog, and most other companies, are Scope 3 emissions: More than 80% of most companies’ emissions stem from their up- and downstream value chain, and not their own production.

So to accurately assess the carbon footprint, BrewDog had to also measure the footprint of their suppliers. This can be challenging, as they admitted.

Any carbon footprint analysis is based on a number of best estimates and this is not an exact science.

This sounds obvious, but it can be harder than you think. Especially manufacturing companies require a lot of energy for their processes.

Green energy has to not only be available, but also be available at competitive prices in order to not put a strain on the business cashflow.

BrewDog managed to switch their main source of energy to wind energy.

All of the electricity used to brew BrewDog beer in the UK comes directly from local wind turbines. Never have we appreciated the Scottish weather more. Our bars are now also powered by wind turbines too.

In any process, there’s waste. And in brewing, there’s a lot of it: Just think of all the grains and water involved along the manufacturing value chain.

Incorporating methodologies of the circular economy plays an important role in this step – repurpose, reuse, recycle – every little step helps.

Most of these wastes have to be taken into consideration separately, but two things about BrewDogs strategy stood out.

Turn waste water into pure water with an anaerobic digester

Using an anaerobic digester, BrewDog is now turning the waste water from their production processes into clean water and energy. That’s an approach we have seen work in many other businesses, too – one of our clients used an anaerobic digester to turn agricultural waste into energy.

Use CO₂ fermentation to carbonate drinks

Fermentation produces CO₂. BrewDog used that CO₂ to carbonate their beers – a win-win.

One of our clients, Lightweight Containers, approached that problem in a similar fashion: Thanks to an environmental analysis, we identified that 81% of the plastic granules could be reused in the production process. This is not only more sustainable, but also creates actual economic gains.

So far, BrewDog has only reduced emissions. But how do they go beyond that and actually become carbon negative?

For that reason, BrewDog launched the BrewDog forest – they purchased an area in the Scottish highlands that will become a dense forest. Every tree stores CO₂, so by planting more trees, BrewDog can compensate for more CO₂ than the company emits.

With about 2200 acres of land, the company wants to create a biodiverse environment.

Step 5: Build capacity and empower others to drive sustainable change

Capacity building means building competencies and awareness for others to drive sustainable change. It follows the “teach a man to fish” methodology – don’t do it for them, but help them to do it themselves and accelerate the movement.

BrewDog tackles that issue by using their forest to also host workshops and build awareness initiatives to further promote their cause.

You can also find more information and data about their carbon negativity effort in their sustainability report, conducted by Mike Berners-Lee, their scientific advisor.