Is the Dutch farming system as sustainable as David Attenborough thinks?

For Sir David Attenborough, the Dutch agriculture is an example for the sustainable world of the future - according to his new Netflix documentary. But is that really the case? 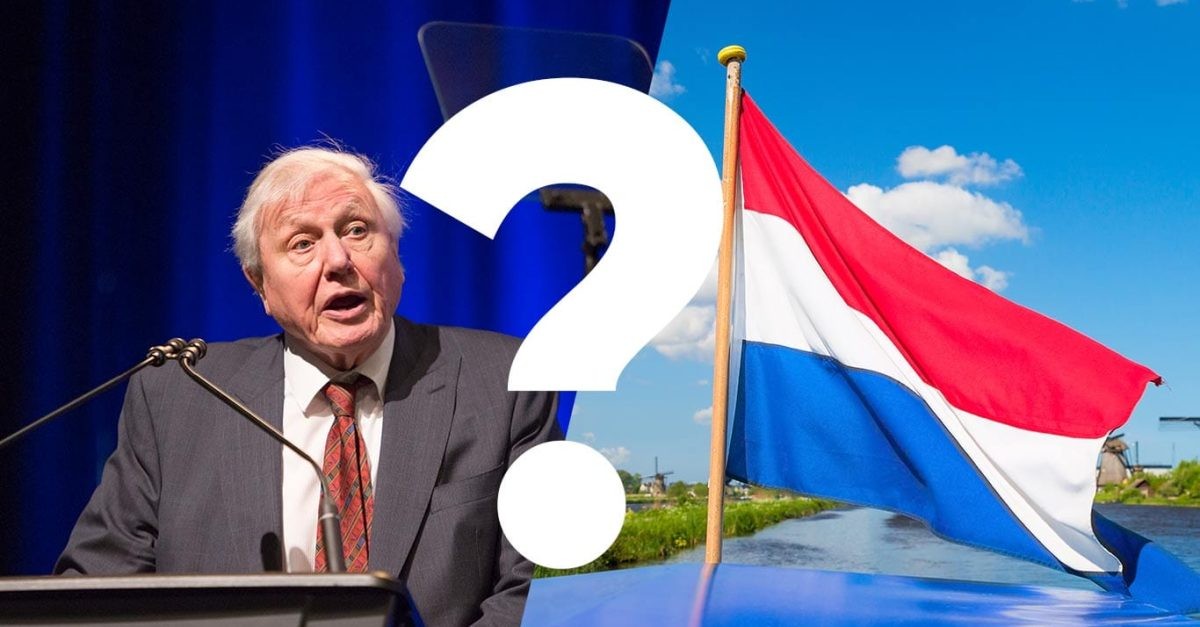 David Attenborough’s new documentary ‘A life on our planet’ aired on Netflix in early summer. Just as most of Sir Attenborough’s work, this beautiful but confronting documentary was well received by the public and touched many viewers’ hearts.

However, this documentary was different.

This documentary was aimed at waking people up. The overarching message being: “We cannot keep living the way we do and expect the earth to be fine”

The usually happy Sir Attenborough was replaced by a worried one. Someone who has seen the earth change drastically in just the span of his lifetime. And was horrified by it.

Still, Sir Attenborough provided us with a spark of hope. By sharing ways in which he believes we could overcome/ find solutions to the problems we’re facing regarding overpopulation, meat consumption, rising CO₂ levels, and sustainable agriculture.

And suddenly he mentioned the Dutch.

An agricultural example to the world.

The Dutch were mentioned in the documentary as a prime example of how greenhouse horticulture is the way to cultivate more food on less land.

“The Dutch have become experts at getting the most out of every hectare. Despite its size, the Netherlands is now the world’s second-largest exporter of food.”

Not only would the Dutch horticulture help stop the cultivation of more land for agriculture, it would also allow natural ecosystems to restore and most of all; has the potential to help us feed our entire growing world population – according to the filmmaker.

What’s so special about agriculture in the Netherlands?

In this tiny plot of land, we call The Netherlands, we do produce a LOT of food.

In 2019 alone, the Netherlands exported agricultural goods worth €94.5 billion, and this number increases every year. The Dutch agriculture is very efficient and the Dutch have become masters at increasing their food productivity per hectare, animal and/or labor unit, whilst reducing costs with new and innovative technologies.

Indeed, as ornamental flowers and plants aren’t really edible, we are not the second-largest exporter of food- as Sir Attenborough claims. Germany is. However, it still makes us come in third place, so we’re definitely up there.

To Dutch or not to Dutch; The Dutch way of Agriculture

But is the Dutch way of agriculture as sustainable as David Attenborough claims it is?

Well, first it should be a bit clearer what the Dutch way of agriculture- as mister Attenborough describes it, actually entails. And when we think of Dutch agriculture, the word ‘Horticulture’ pops up.

Horticulture is a branch of agriculture that is concerned with intensely cultivated plants that are directly used by humans for food, medical purposes and/or esthetic gratification (flowers).

The Dutch have specifically become very good at ‘Greenhouse Horticulture’, which means; we grow half of our export value of fruit and vegetables in the massive greenhouses that we have become famous for (you know that pretty image right).

These Greenhouses are generally more sustainable than ‘normal’ agriculture as they use fewer pesticides, less water, and fewer fertilizers. Moreover, they have a higher return per unit area than crops that are grown in the open field and are able to produce food throughout the whole year. Just think about our signature greenhouse export product: the tomato.

But even greenhouses have some sustainability issues

But…there are some sustainability issues here.

Dutch emissions of ammonia, the surpluses of nitrogen and phosphorus, and the use of pesticides per hectare of agricultural land are among the highest in the European Union.

Despite all the successful European policies and farm measures to reduce the massive pollution, environmental pressure caused by agriculture is still the biggest threat to biodiversity in Europe and in the Netherlands.

Although Greenhouse horticulture is very efficient and definitely a solution- as mister Attenborough described- to ‘feed many with less’. Dutch agriculture, including horticulture, also contributes 14% (32 Mton CO2-eq in 2016) to their national emissions of greenhouse gasses (GHG). And the thing is: they have hardly decreased since 2000.

Indeed, greenhouses are a very energy extensive sector in the Netherlands and take up almost 80% of all energy that is used for agriculture. Greenhouses still use mainly fossil fuels for lighting, heating, and fertilizers. Moreover, these large concentrations of greenhouses generate huge quantities of waste that need to be disposed of (which costs a lot of energy as well).

And then we haven’t even discussed the production of livestock yet. Which accounts for two-thirds (66%) of the total emission of GHG by agriculture in 2014–2016…

There is light at the end of the tunnel

We, humans, are capable of many innovative wonders. And we haven’t been the only ones who concluded there is a need for developing more sustainable protected horticulture. Especially since there is a worldwide increase now in areas covered with greenhouses.

And we are not disappointed by the many great new technologies we have seen so far.

Many companies in the greenhouse sector are already taking steps towards using renewable energy. For example, renewable energy types such as geothermal heating or heat exchangers.

Furthermore, a group of Dutch, German, and Danish professionals created the Low Energy Consumption (LEC) greenhouse. This new and greener type of Greenhouse saves up to 65% of energy, by using renewable energy, lower production costs, and reducing carbon dioxide emissions. To top that these LEC’s utilise only 20% of the energy needed for the conventional greenhouses.

Finally, with the rise of urban farming and plant factories (vertical farming) a lot of new innovative opportunities arise. Plant factories outperform even the most ‘green’ Greenhouses in terms of energy efficiency and higher productivity for all other resources such as water or CO₂.

So, should we go Dutch?

The answer is; we shouldn’t go Dutch 100%, but aim for at least 55% and make sure to create many sustainable improvements. Sir Attenborough is right about one thing: we need to become more efficient and sustainable with our agricultural sectors.

However, we will not be able to feed the entire world with greenhouses and vertical indoor farming only. Not all crops are able to grow in these pre-made circumstances and this type of horticulture worldwide requires too much energy (even with renewable energy), environmental damage, and money to build. Money that many places in the world do not have the luxury of having.

We should probably not place our entire trust in technologies to save us from the agricultural problems we are facing, but also assess how we can make our land usage more sustainable and promote more environmentally friendly farming everywhere. It is our eating habits and our food policies and values that need changing.

Still, humans are incredibly smart and innovative. New sustainable technologies are popping up like mushrooms and will slowly dominate our agricultural practices in the future. But it’s the balance we should strive for: sustainable agricultural technology and sustainable farming.

Knowing where food comes from and how to act on it

In order to change food systems and look for potential sustainable solutions, it is crucial we look at the production, processing, distribution, and consumption of food. By performing Life Cycle Assessments (LCA) organizations are able to know exactly where the biggest hotspots of environmental impact within a product’s supply chain are. And can make sure they act accordingly.

Are you interested in how your company could reduce its environmental impact? Have a talk with Luc Hillege, one of our Environmental Specialists by simply filling out the form below.

Schedule a call with an Environmental Specialist 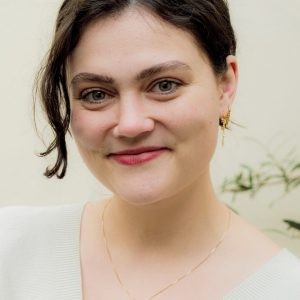 Hi, I'm Zazala - content writer and manager at Ecochain. I studied corporate communications & sustainable change management - and am glad to continue my passion for sustainability at Ecochain. My goal: make difficult sustainability concepts - understandable to all.